After ending the Narrow The Gap Campaign for the Environment 2015 with a Community Event at the University of Social Sciences and Humanities on 26 September, the LIN Team reviewed its accomplishments and challenges in order to understand our own limitations and improve our support services to NPOs, volunteers and donors in the future.

For this reason, LIN facilitated three feedback sections with key campaign stakeholders to make sure that as many voices and opinions on Narrow The Gap 2015 are heard, validated and translated into actions.

First, a retrospective with 30 representatives of donors and NPOs was held at FabLab Saigon and moderated by its founder, Ms. Hoang Anh who applied Agile techniques. Participants shared memories and discussed the strengths and weaknesses of the program as well as suggestions for the future. Many useful insights emerged as to how Narrow The Gap can enhance its performance, many focusing on how NPOs, volunteers, and donors can collaborate more strategically. Additionally, it was suggested that NPOs need better guidance throughout the process. Future improvements might include enhancement of the selection criteria, additional training for community BGK and the incorporation of Design Thinking into the proposal development stages.

Second, LIN hosted a meeting with 22 campaign volunteers, who were the key to the campaign. The volunteers were candid and insightful in their feedbacks. In summary, it was agreed that internal management and communication with the volunteers can be improved. Future actions that would ascertain firmer and more effective administration would include better preparation for volunteers, setting clearer expectations and better matching of their qualifications and skills.

Third, LIN staff came together to generate feedback. Acknowledging how far LIN has come from when Narrow The Gap was first introduced in 2009, we were as honest and generous in constructing feedback for each other in the spirit of wanting to be better. Everyone on the team liked the suggestion of our donors and NPOs to bring Design Thinking into our community to better support NPOs that want to enhance their future programs/services. This new initiative was suggested to also serve as a catalyst to further facilitate collaboration between NPOs, skilled volunteers and donors in more meaningful ways than before.

Collectively speaking, these evaluation meetings offered a healthy learning experience for everyone involved, but specifically for the LIN Team. All feedback from NPOs, volunteers and donors are weighted equally, and will be critical in helping LIN to create an even better giving experience for the community in the future. 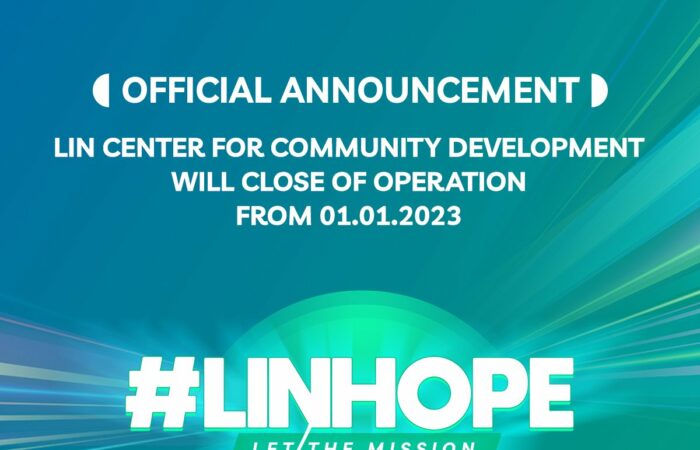