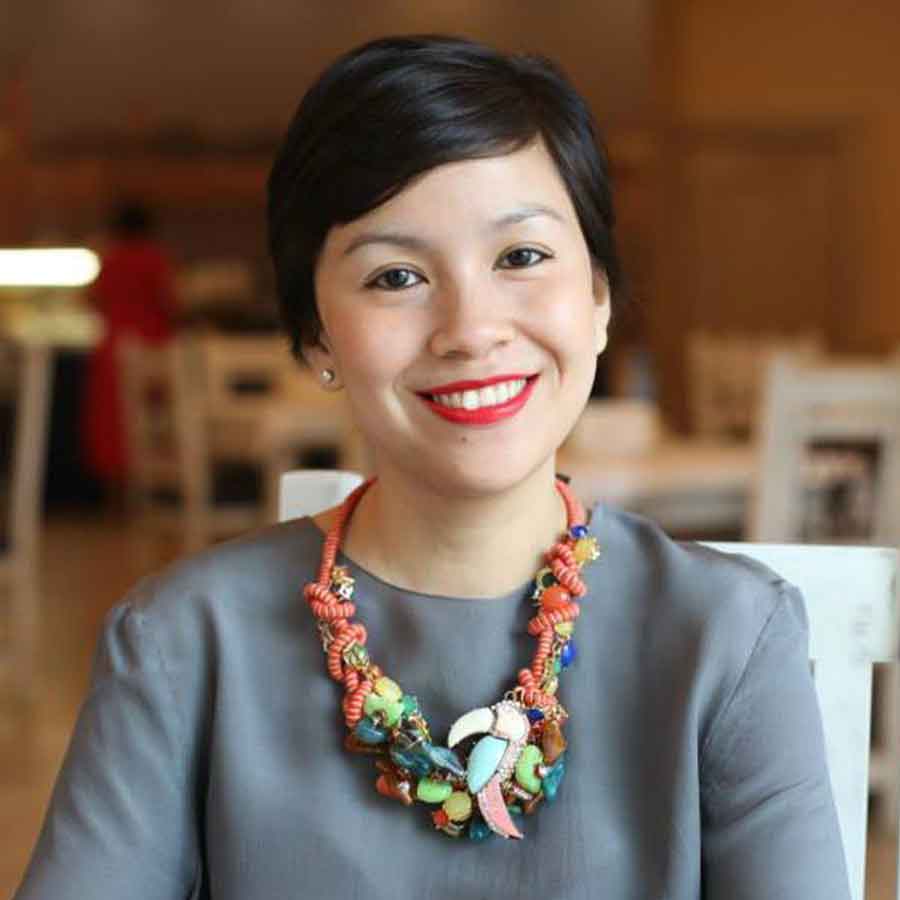 Ms Anh has served as Chairperson of the LIN Board since 2012. In addition to her role as an advisor to LIN, Ms Anh uses her skills to help build the capacity of several of LIN’s grassroots NPOs.

Ms Anh has a B.Com from HCMC College of Foreign Economic Relations. She completed an intensive screenwriting course at the New York Film Academy in 2007. (In 2005, “1753km”, a screenplay Ms Anh co-wrote, was released in cinemas throughout Vietnam to broad public acclaim.) Most recently, Ms Anh received a Certificate in Fashion Design from the Istituto Marangoni Paris (2008).

Prior to joining Brand Maker in 2008, Hoang Anh worked with leading international marketing companies such as BBDO, Edge Marketing Communications and JWT Vietnam as Senior Writer and Creative Writer.